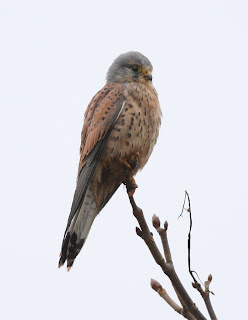 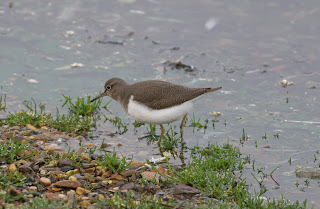 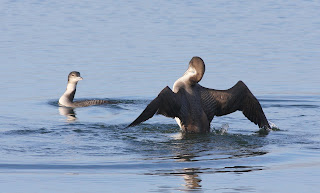 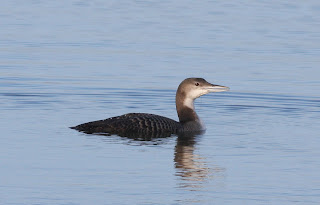 Decided to go to Draycote Water again as the sun was shining.Got there at 10.00AM and was pleased to find that for a change there was no wind blowing and the water was glass smooth.The sun shone till lunchtime when a mist appeared from nowhere to ruin everthing but we did have two hours of very good conditions.
There were 3 Great Northern Divers showing well near the pontoons and the Shag was on the pontoons with some Cormorants.The Red-necked Grebe was still off the Farborough Bank but distant.The female Common Scoter was in Toft Bay but also was distant.A Common Sandpiper flew onto the beech near the pontoons.
For once a Kestrel didn't fly off to the next county  when I got near it and allowed me to get some decent pics.
Posted by Max Silverman at 02:39 No comments: Links to this post