Although the morning was misty and there was rain in the air I went over again to Shustoke Reservoir to see if a Black Tern was about.

I was able to impress a birder when  straight away I spotted a Black Tern on the blue buoy.She must have thought I was a top birder.Little did she know.I stayed quite a while but only improved on my last shots a little.

Just as I was about to leave Bob Duckhouse turned up so I showed him to the best spot to see the Tern (just past the jetty).We had only been there a few seconds when a couple of birds took off from very near to where we were standing.Bob soon ID them as Turnstones but it took me so long for me to get sorted they were on the other side of the reservoir before I got onto them.What a shame we missed seeing them on the bank.

I then went over to Marsh lane which understandably was not so good as yesterday.I did have some success when I got some of my best shots ever of a Common Whitethroat. 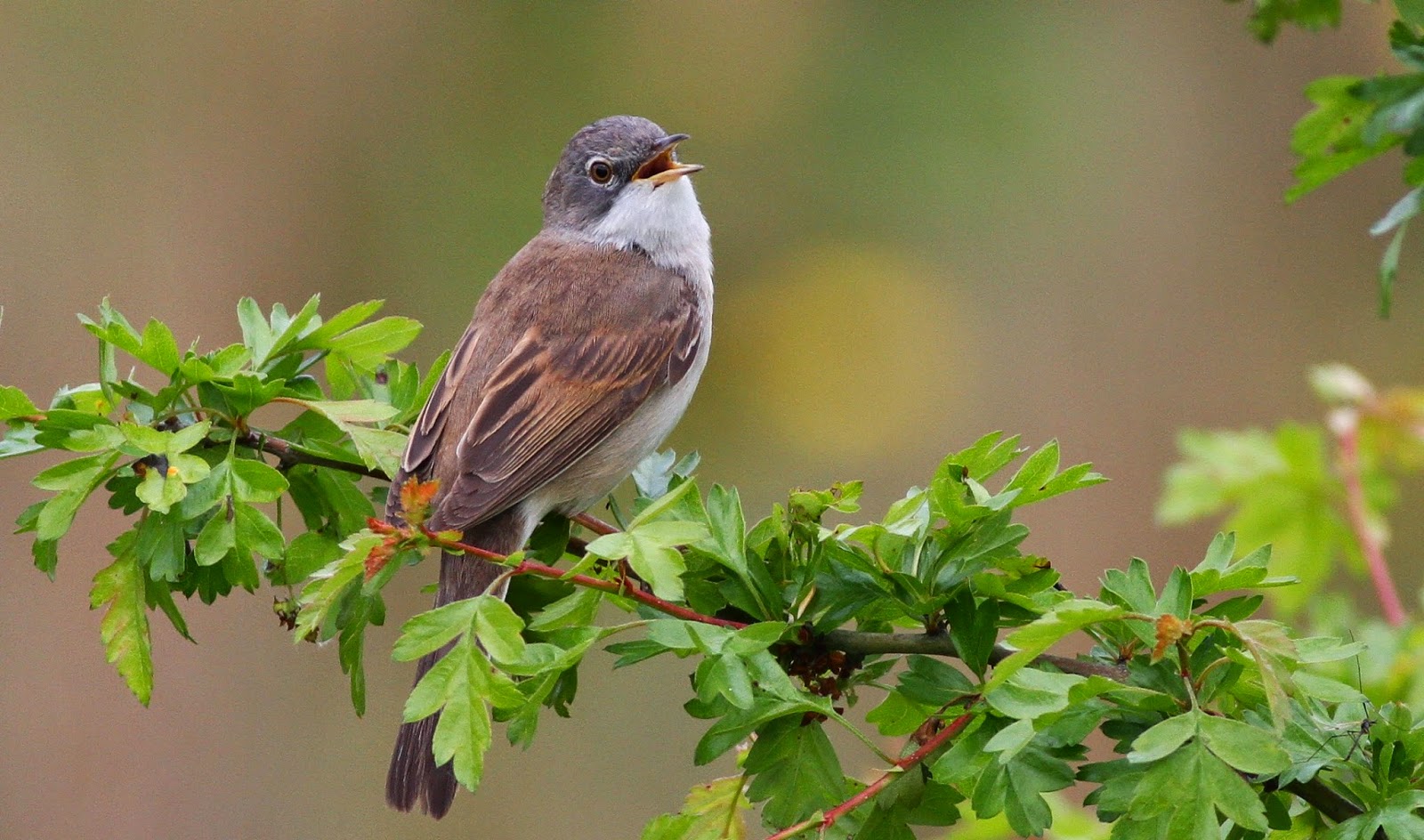 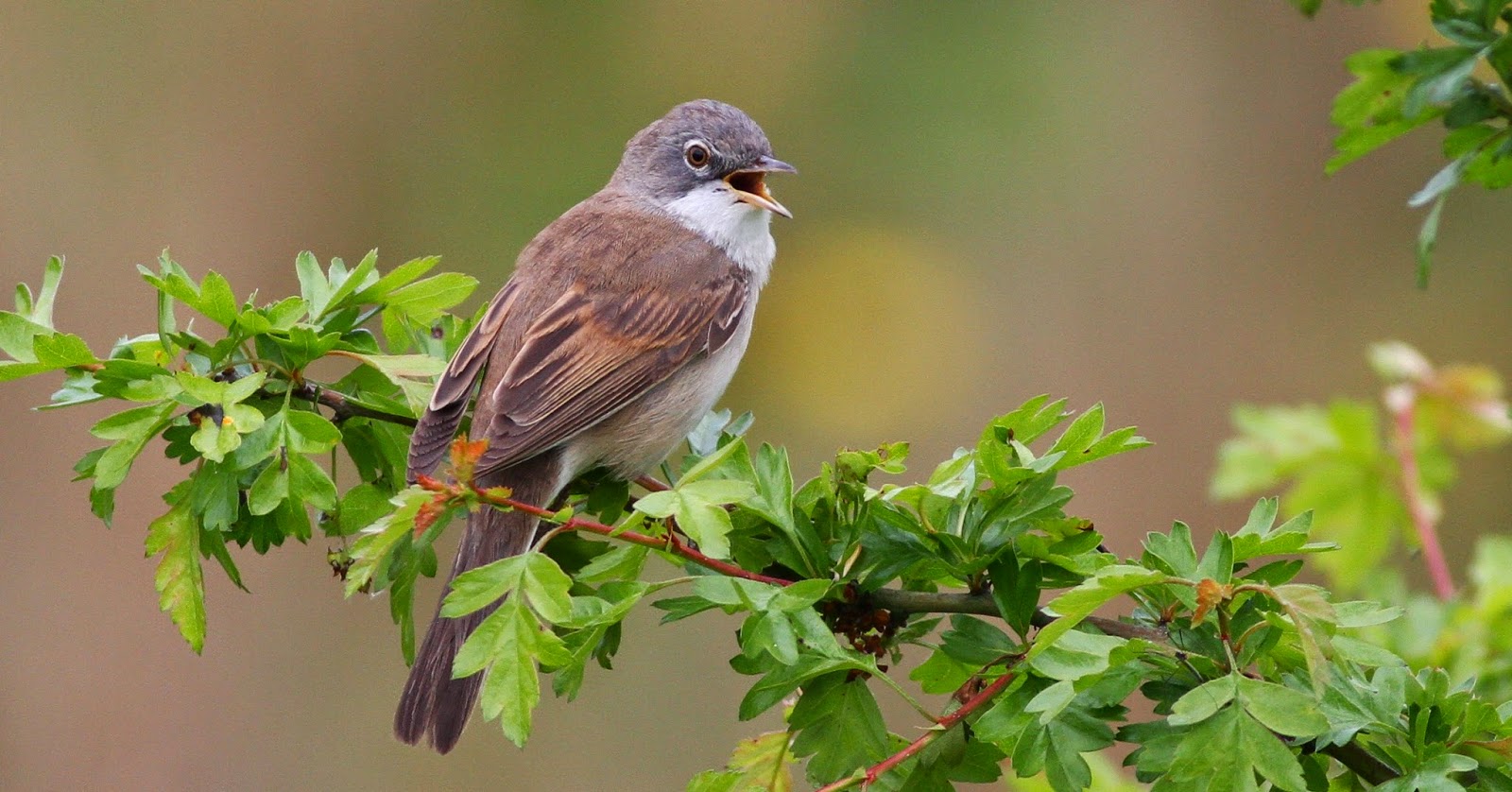 As I left I had a very brief site of a couple of Muntjacs at the far end of the crop field.

Posted by Max Silverman at 10:54 No comments: Links to this post

As I'd not been there for a few days on Monday morning I decided to go down to Marsh Lane which would be my first visit since running the traveller's gauntlet last week.Just inside  the main gate large concrete blocks have been placed on the road preventing caravans but allowing cars to pass.

The Nightingale seen on Sunday was long gone but all was not lost because the Little Gull was still present on the railway pool.Managed a few shots but just like with the Black Tern at Shustoke I struggled a bit to get a decent shot but nice to watch flying around.

Also present on the railway pool was a Ruff which hardly left the gravel spit near the river hide.Pity it didn't come any closer all day.

Did a little better with some shots of the Sedge Warblers than last time but that wasn't hard to do. 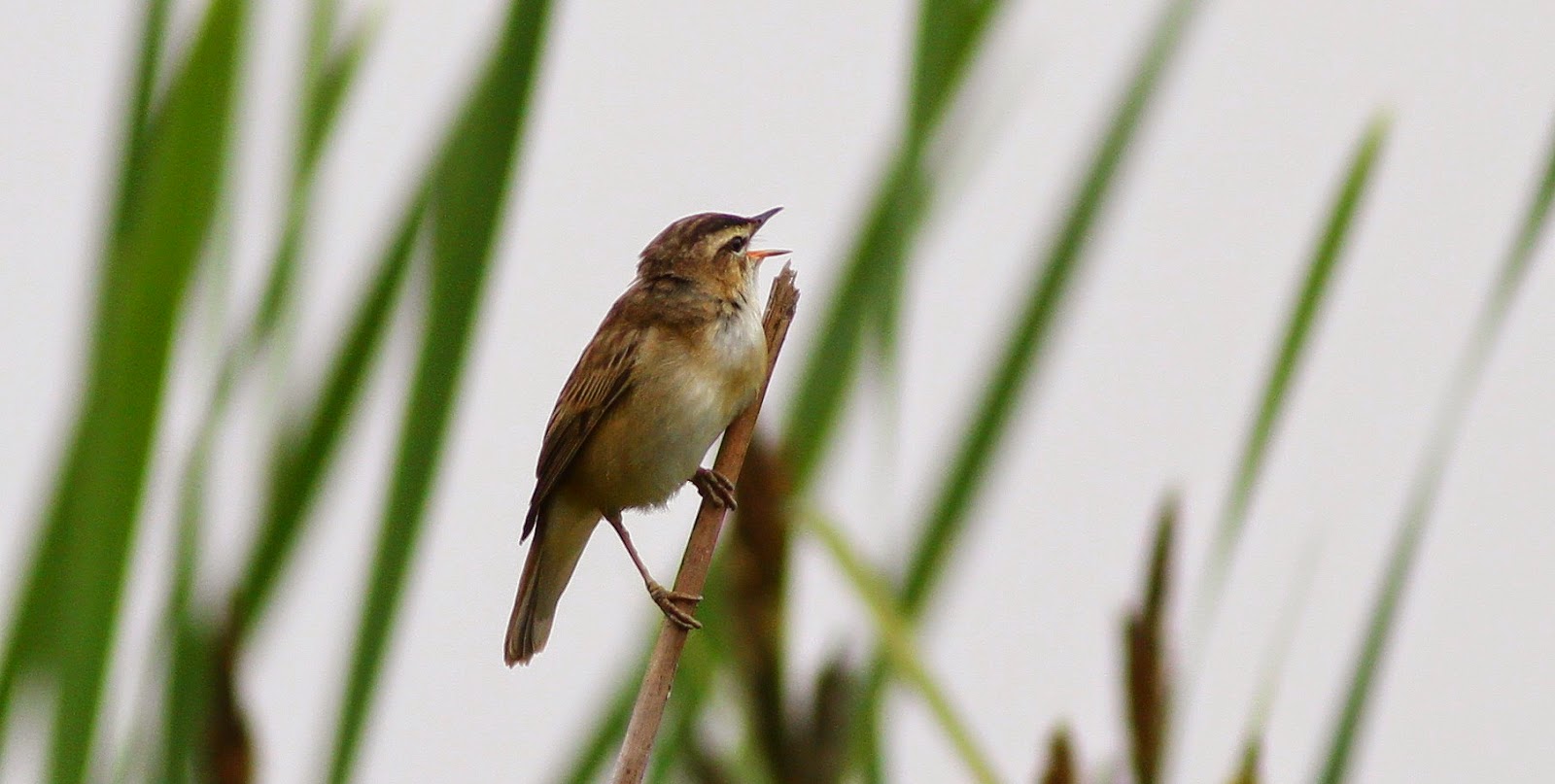 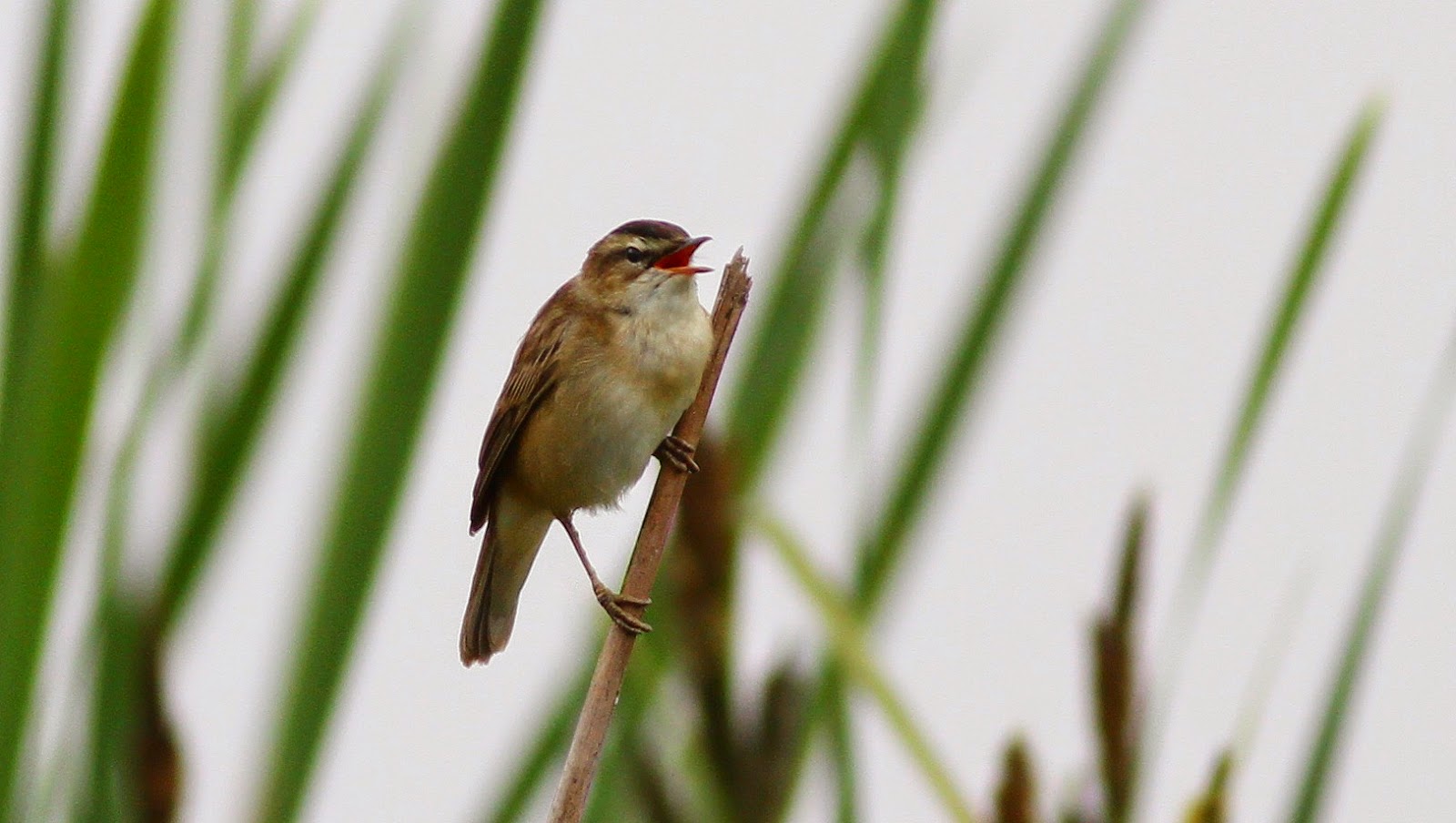 The whole time I was eating lunch in the car park my old friend the Lesser Whitethroat was calling from the old road hedgerow challenging me again to get some shots.So after lunch I took him on again and for nearly an hour we did battle.I just about managed a draw and got a couple of shots but nowhere as good as a week ago.Great fun.

I then decided to change cameras and take the SX50 round the reserve hoping to get a video of the Ruff.As I got to the Oak hide I was told 3 Whimbrel had just dropped onto one of the railway pool islands.Cursing that I'd left the birding camera in my car I tried to get some shots with the SX50 but the battery had run out.How wonderful ! ! !

After racing back to the car to get my birding camera I was completely knackered by the time I got into the hide again.Luckily the Whimbrel were still there.Not my best ever shots but very nice to see.

They were a bit nervy and the Lapwings kept having a go at them but this gave me a go at getting some flight shots.

Posted by Max Silverman at 11:29 No comments: Links to this post

Had no intention of going out with the camera today but when this morning I heard that a Black Tern was at Shustoke Res. I couldn't resist.

I've seen Black Terns several times before but I've not got even a half decent shot and after this morning I still haven't but now I do have a very large collection of dark out of focus blob shots.

It would not come close despite a stay of nearly 2 hours.Here are my best shots so you can imagine how bad the ones I've disposed of were.Very nice to see though.

Posted by Max Silverman at 08:08 No comments: Links to this post

Despite it being misty and damp on Thursday morning when I heard that a Wood Warbler had been seen earlier by the lower dipping pond at Brandon Marsh I headed over there to try for some shots.Got there at 9.30 AM and headed for the dipping pond but the news was not good  "Not been seen or heard since 6.30 AM"

The visit was not a total loss as I managed a couple of shots of a Grey Wagtail in the gloom which was very briefly on the Centre roof. 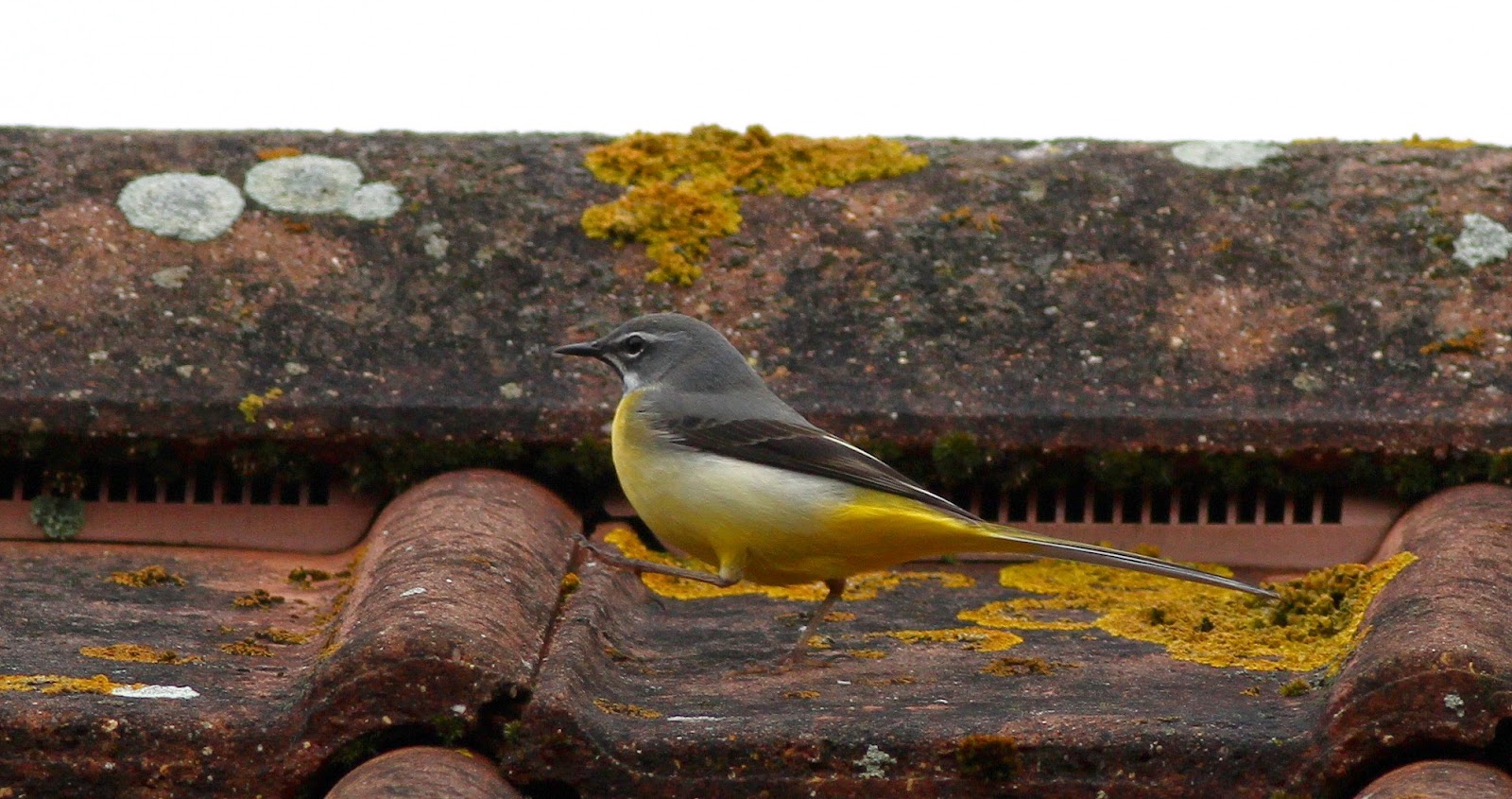 Another bit of luck for me was when Keith Yates tipped me off where a Cetti's Warbler had been perching and singing out earlier in the morning so as I've struggled to get any shots of these chaps the last few years I headed over there.I had to wait patiently which is not my strong point but after not too long it dropped into the bush for a few seconds enabling me to get a few shots in the gloom. 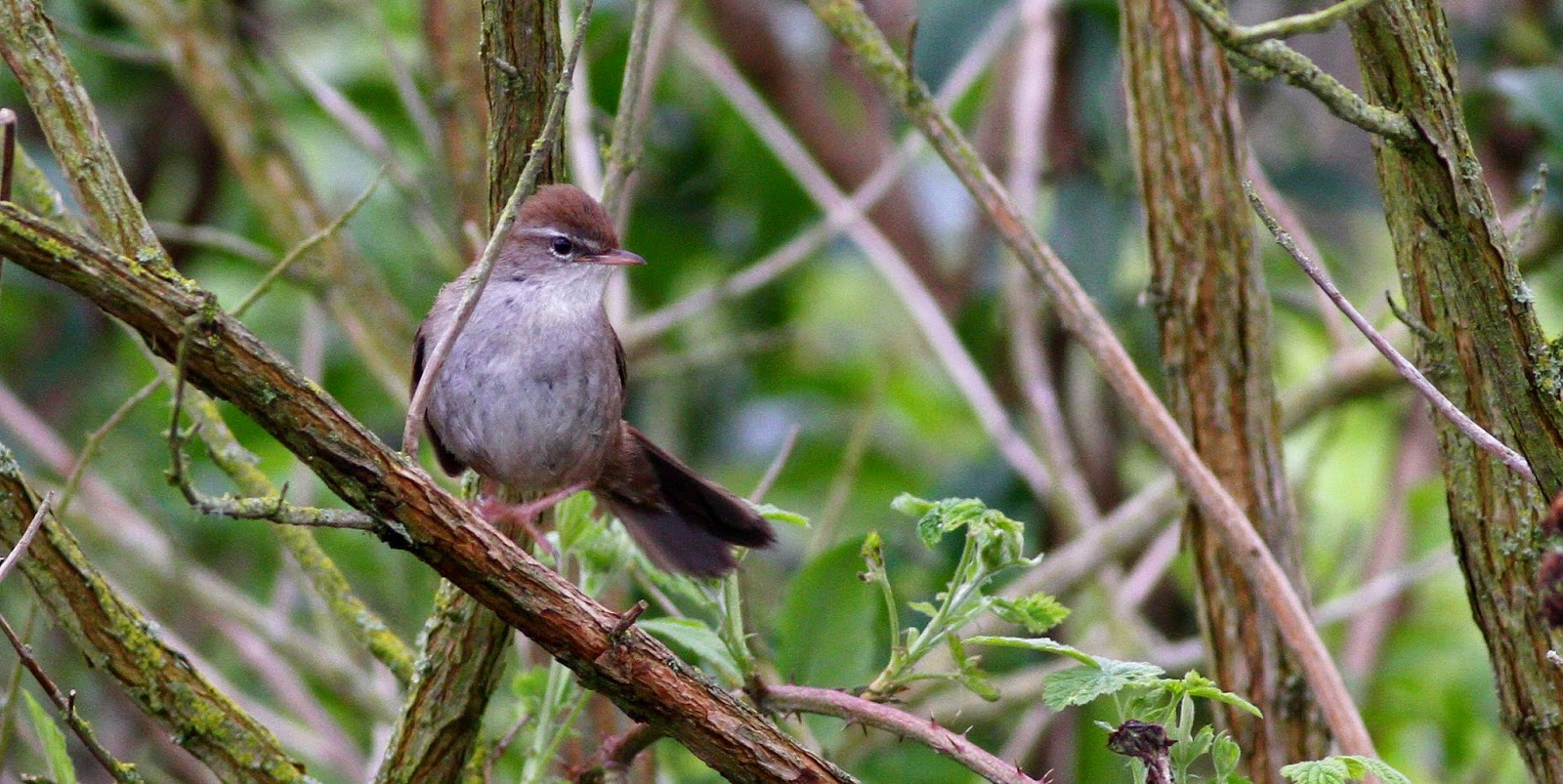 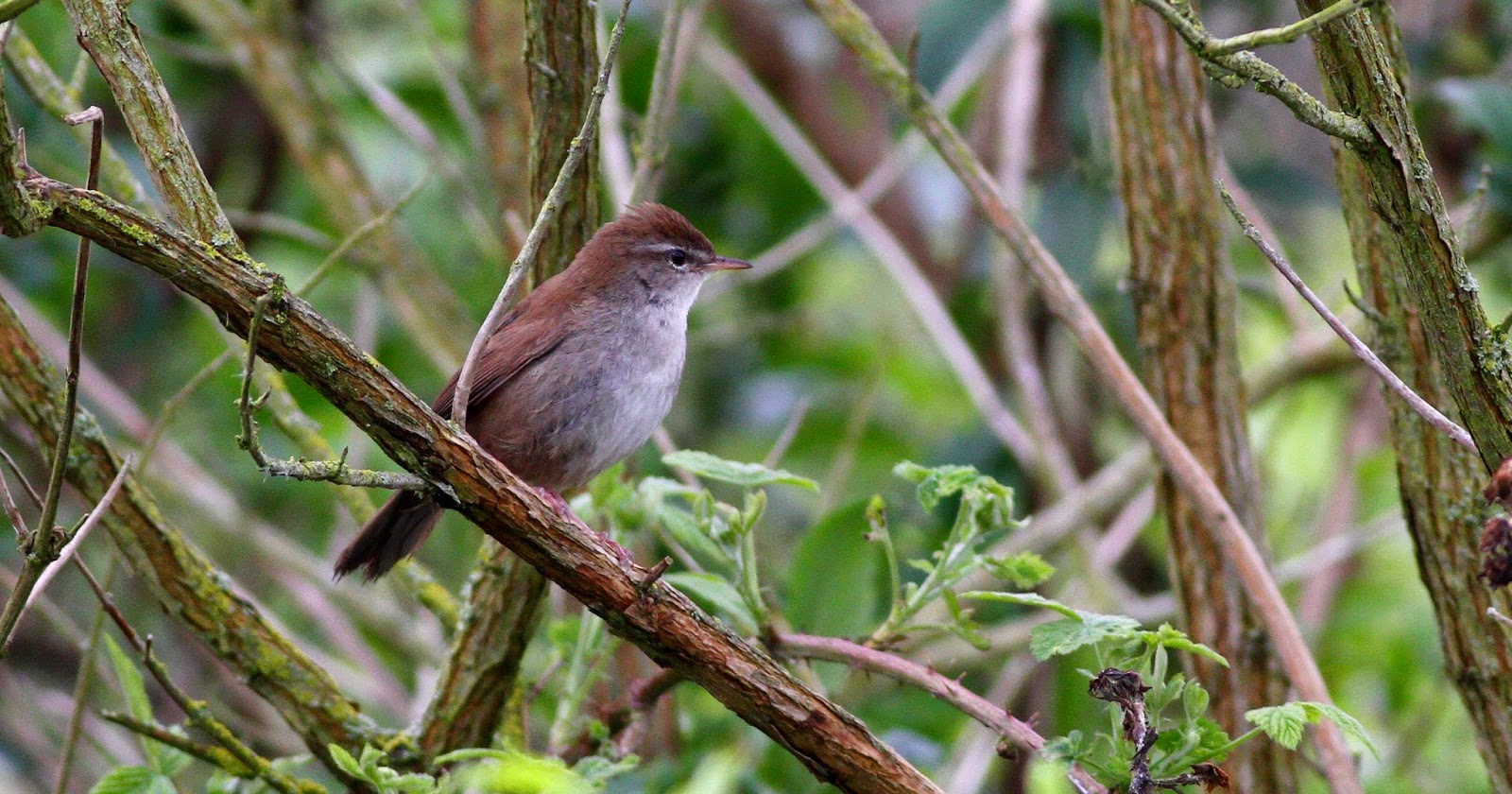 Other birds seen by mid morning but no shots included a Swift (first of the year) and a Barn Owl (first for ages at Brandon for me) plus a Willow Warbler and a Wren which I was able to get some shots of.. 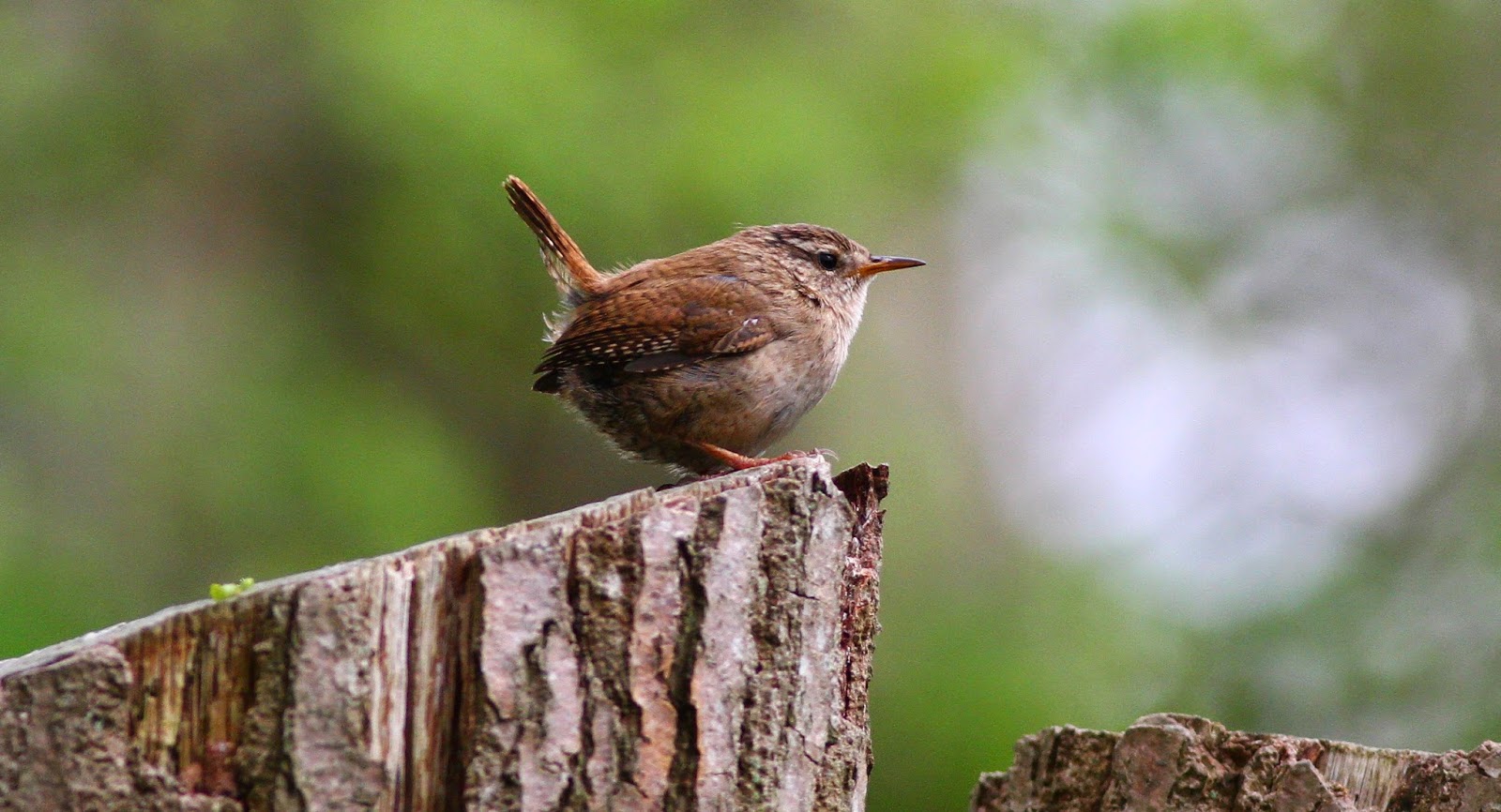 Although I'd heard several Sedge and Reed Warblers singing out I'm blowed if I could get even a glimpse of one.That was until I came across a Sedge Warbler giving a concert deep inside a bush alongside the path.I then had a go at a very difficult branch of bird photography "Deep inside a bush photos".Not easy. 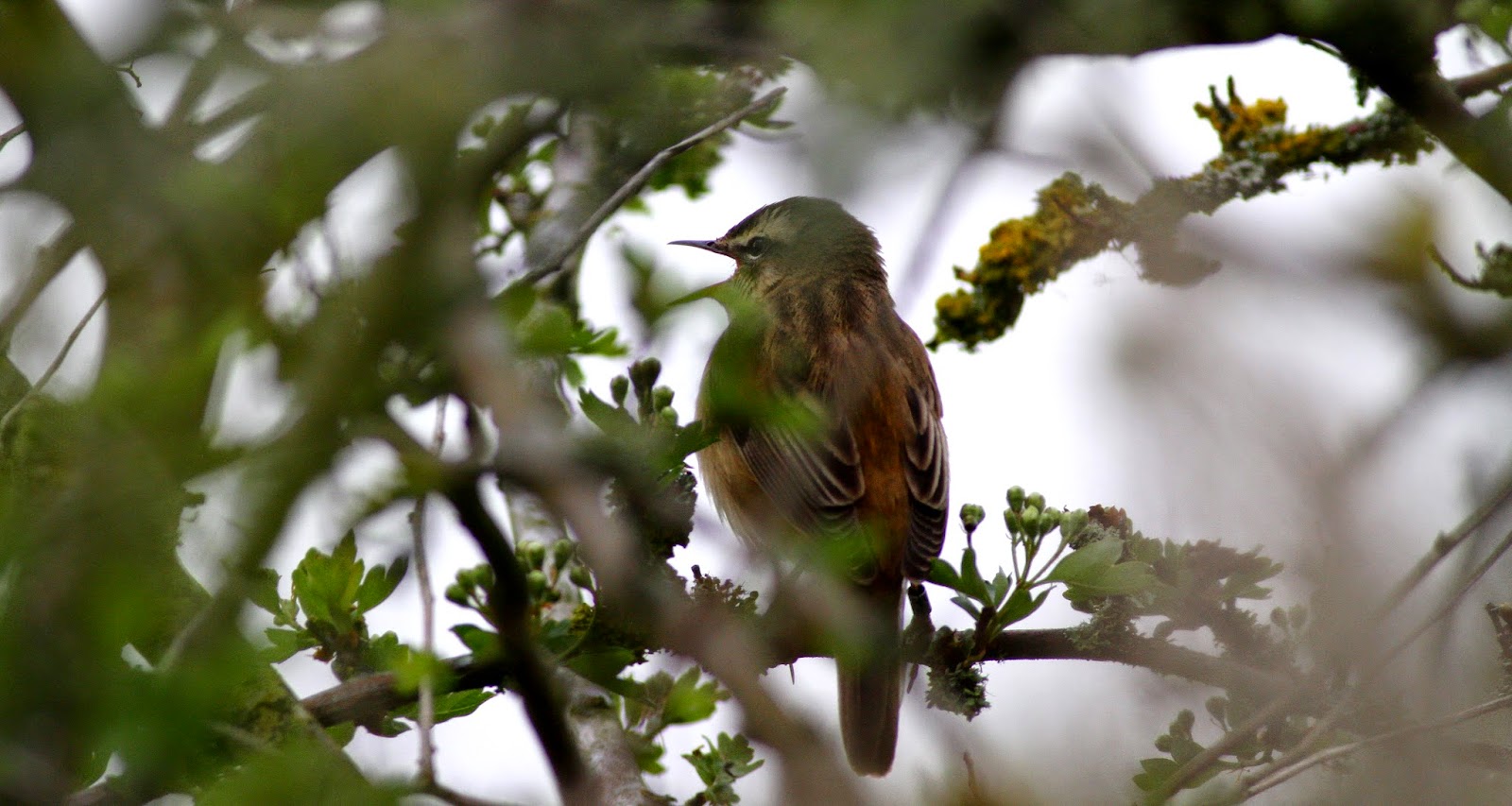 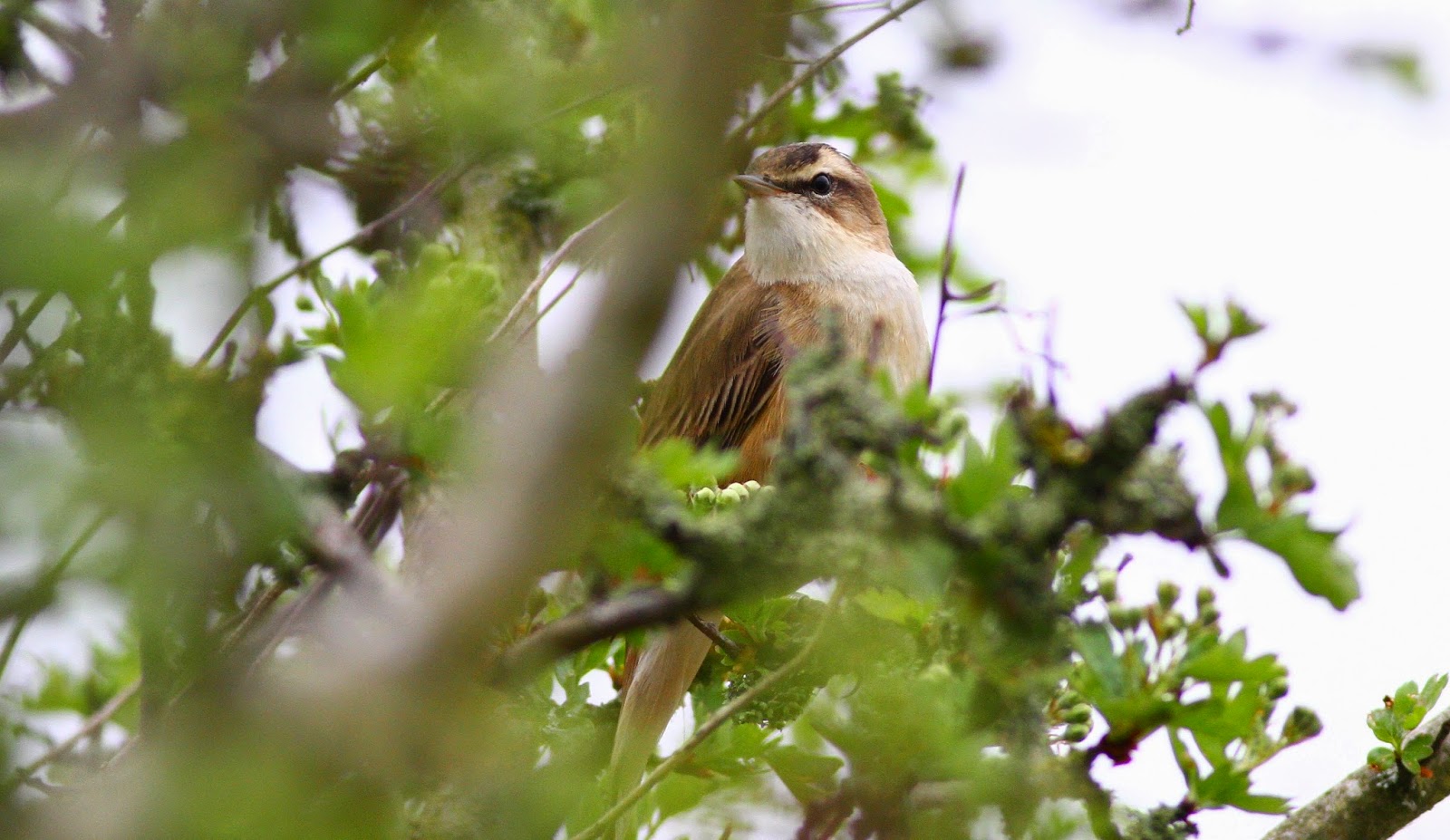 Before I left I returned to the Wood Warbler spot to see if it was showing.It wasn't. All was not lost though because by a bit of luck I spotted a sapling that birds were using to pose for shots.Besides the more everyday birds a Song Thrush turned up a couple of times. 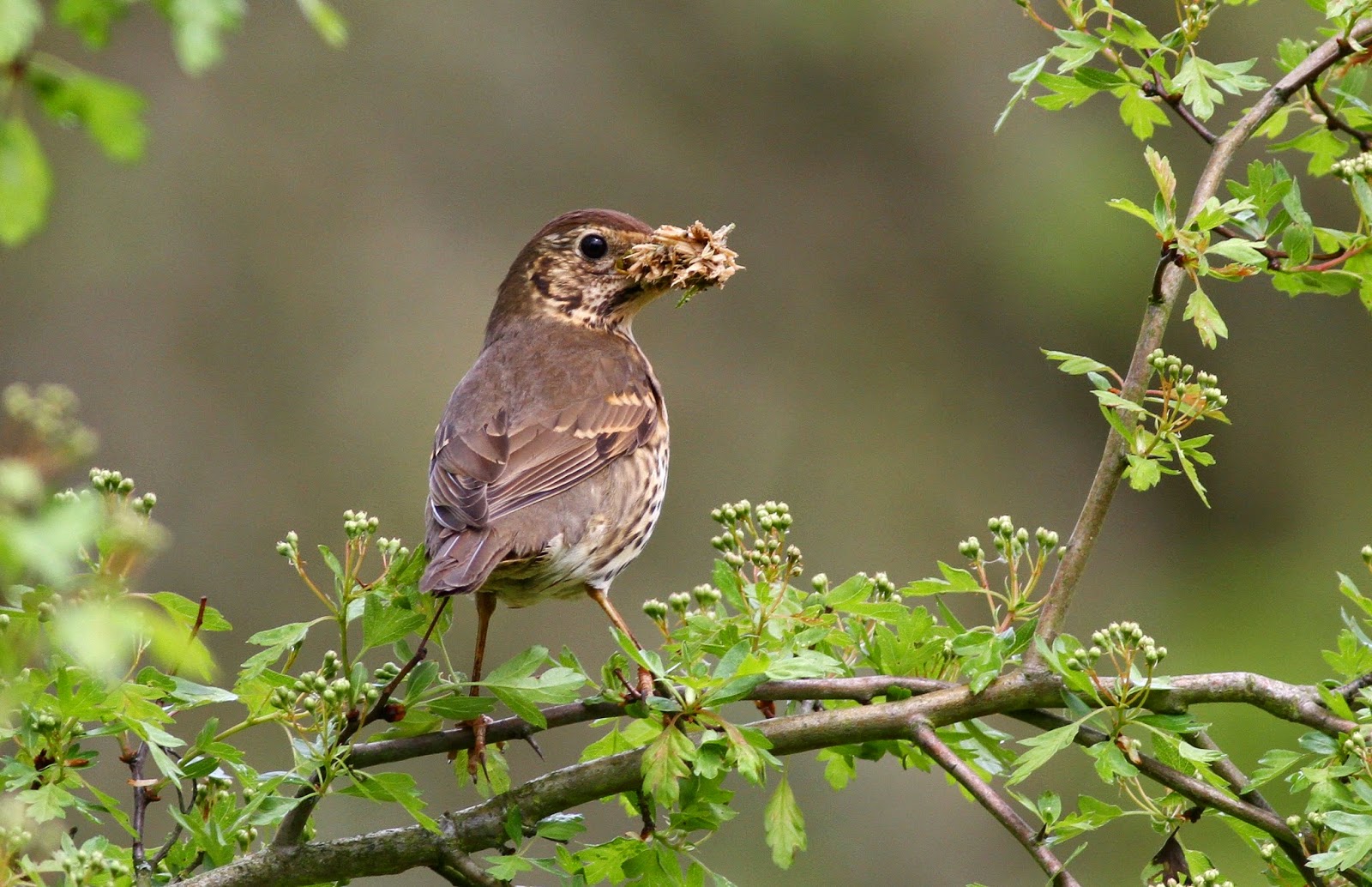 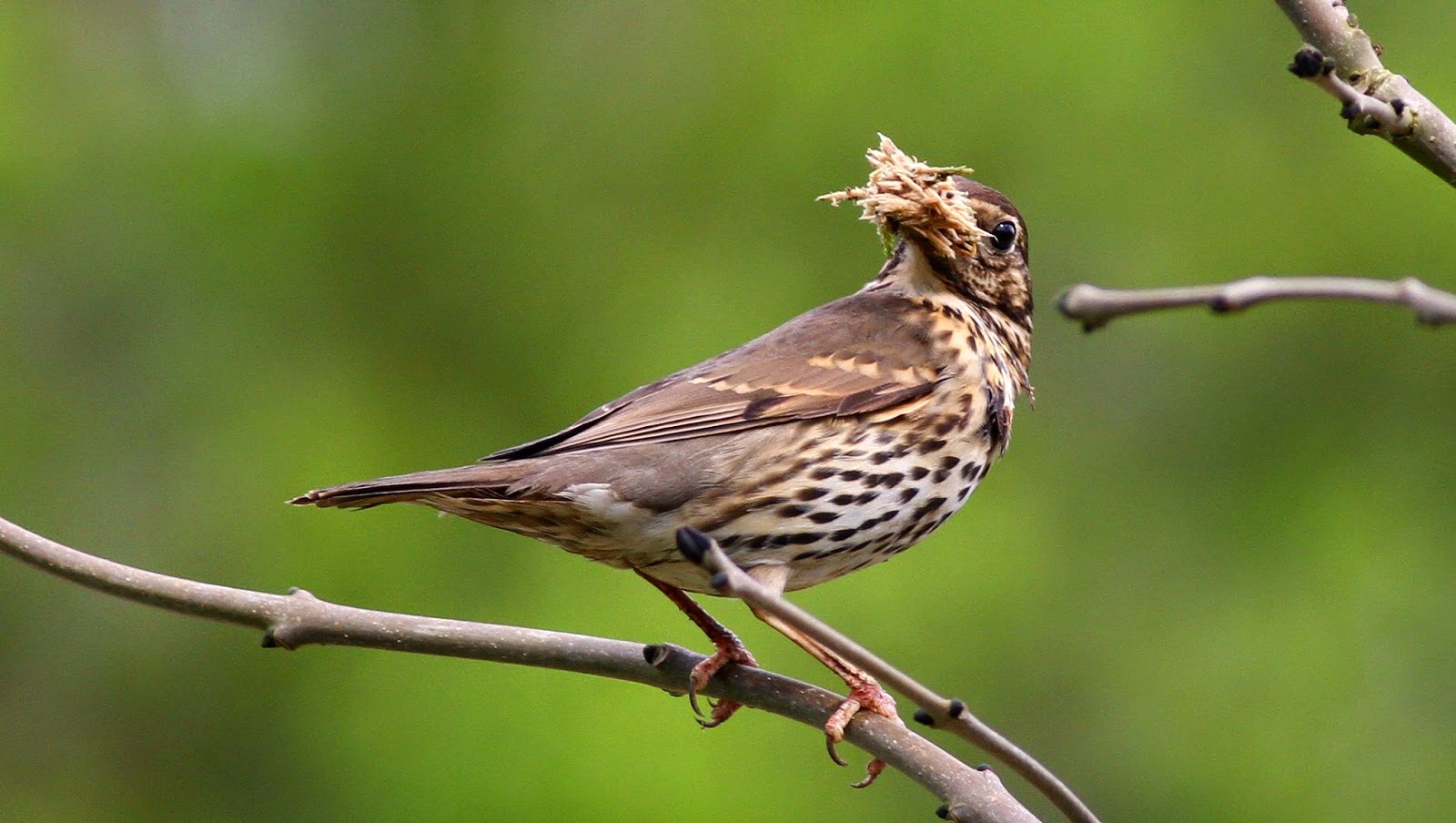 Even better for me was a pair of Common Whitethroats that visited the sapling for a bit of a sing song. First shots of the year for me. 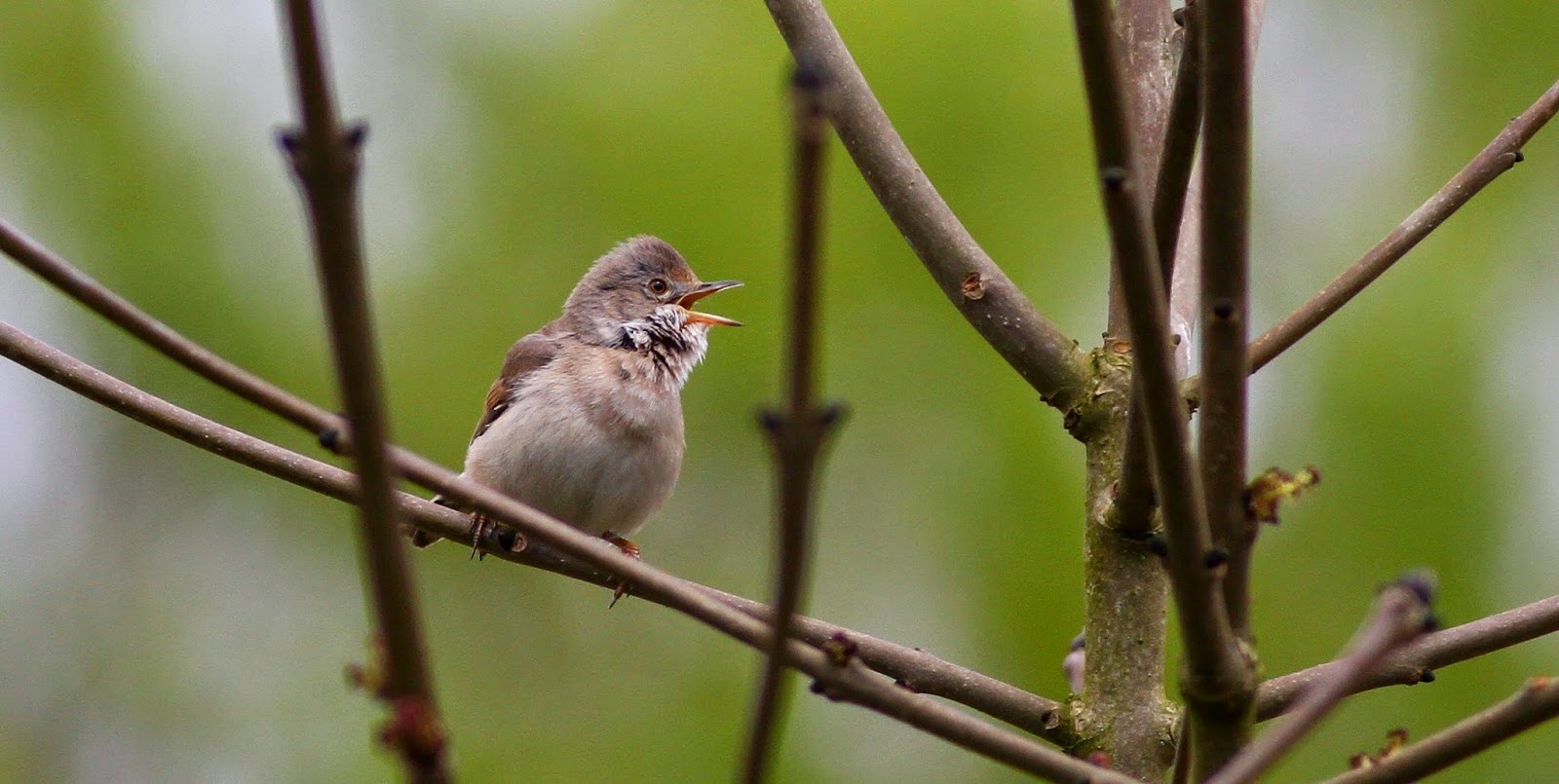 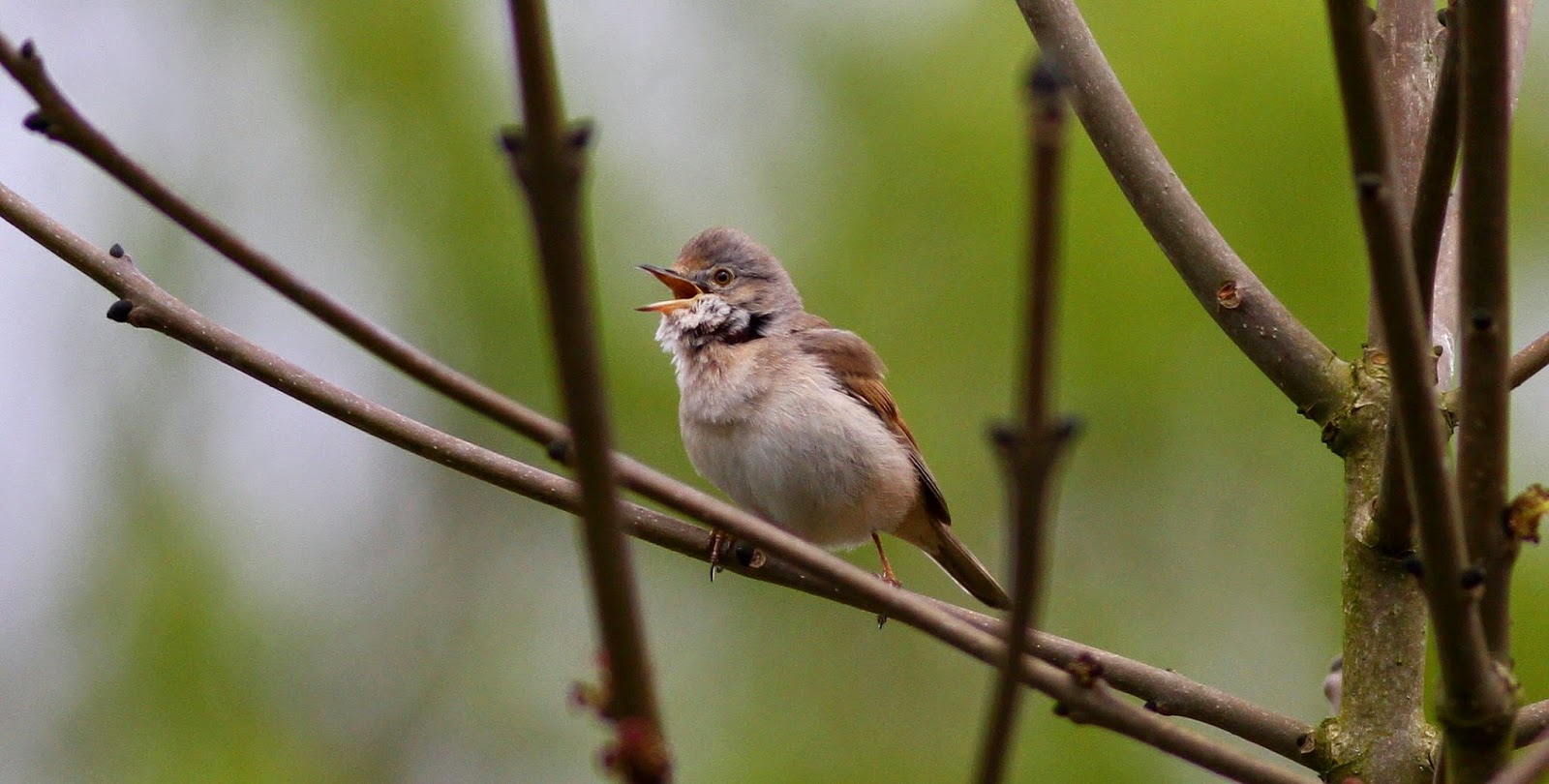 Posted by Max Silverman at 06:59 No comments: Links to this post

Here are a few recent shots taken with my Canon SX50 bridge camera.As I've said before it's a great little camera very versatile and for under £250 it's incredible value.

I'm only just learning how to use it but here are some shots including some macro and some at full optical zoom. 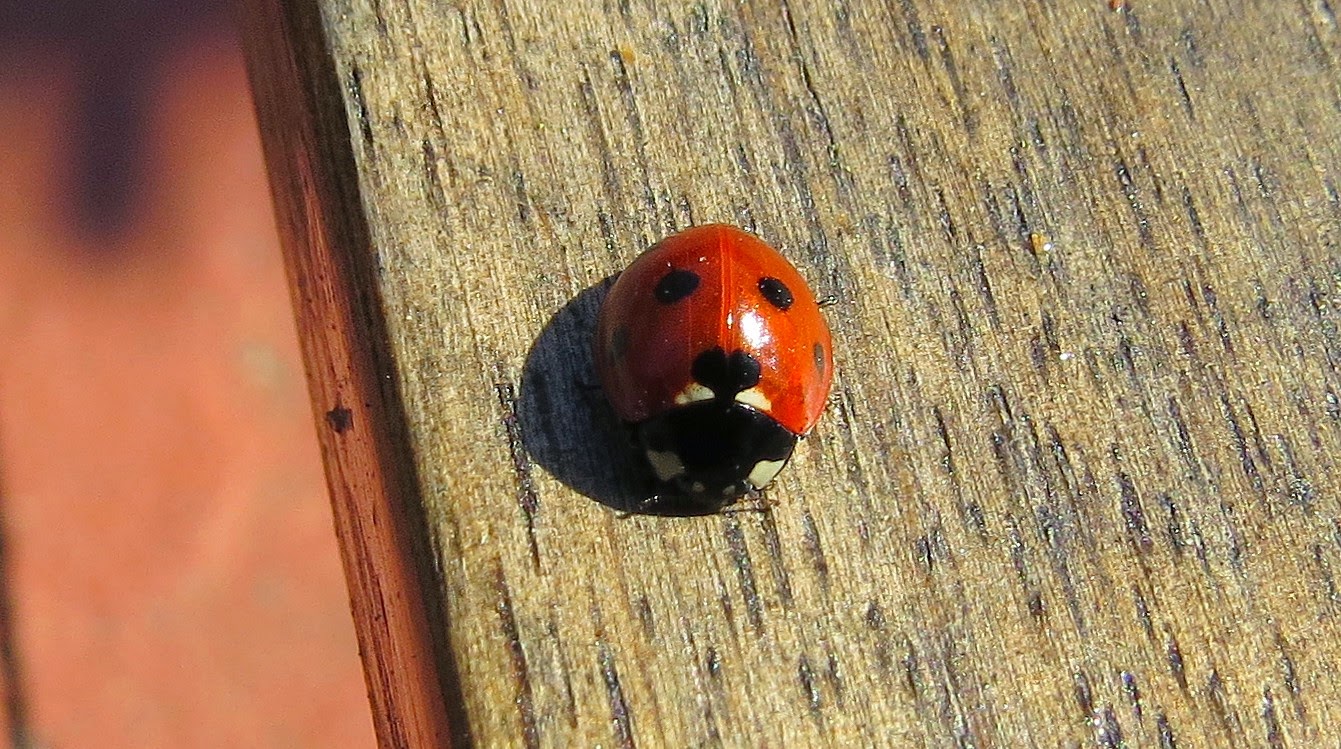 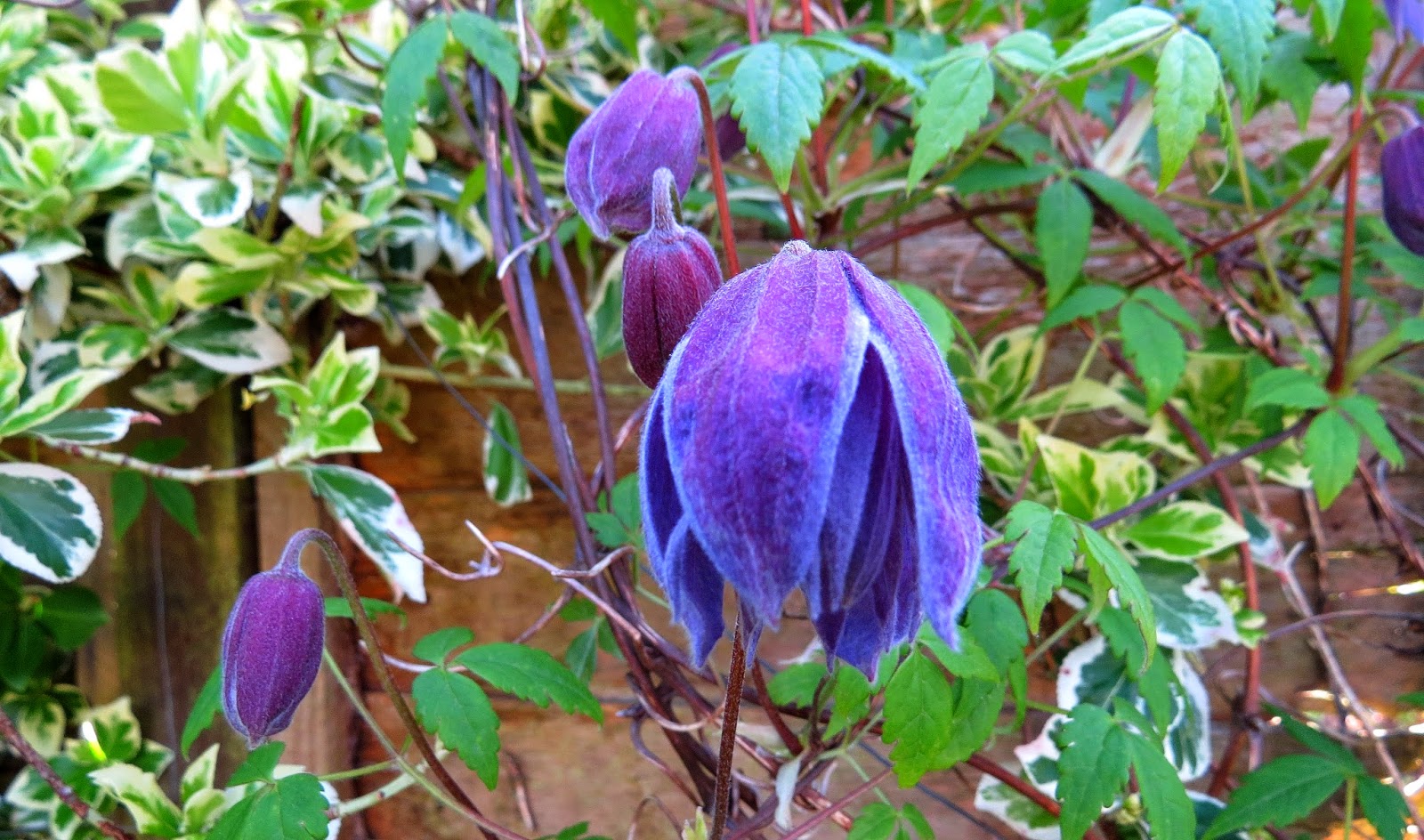 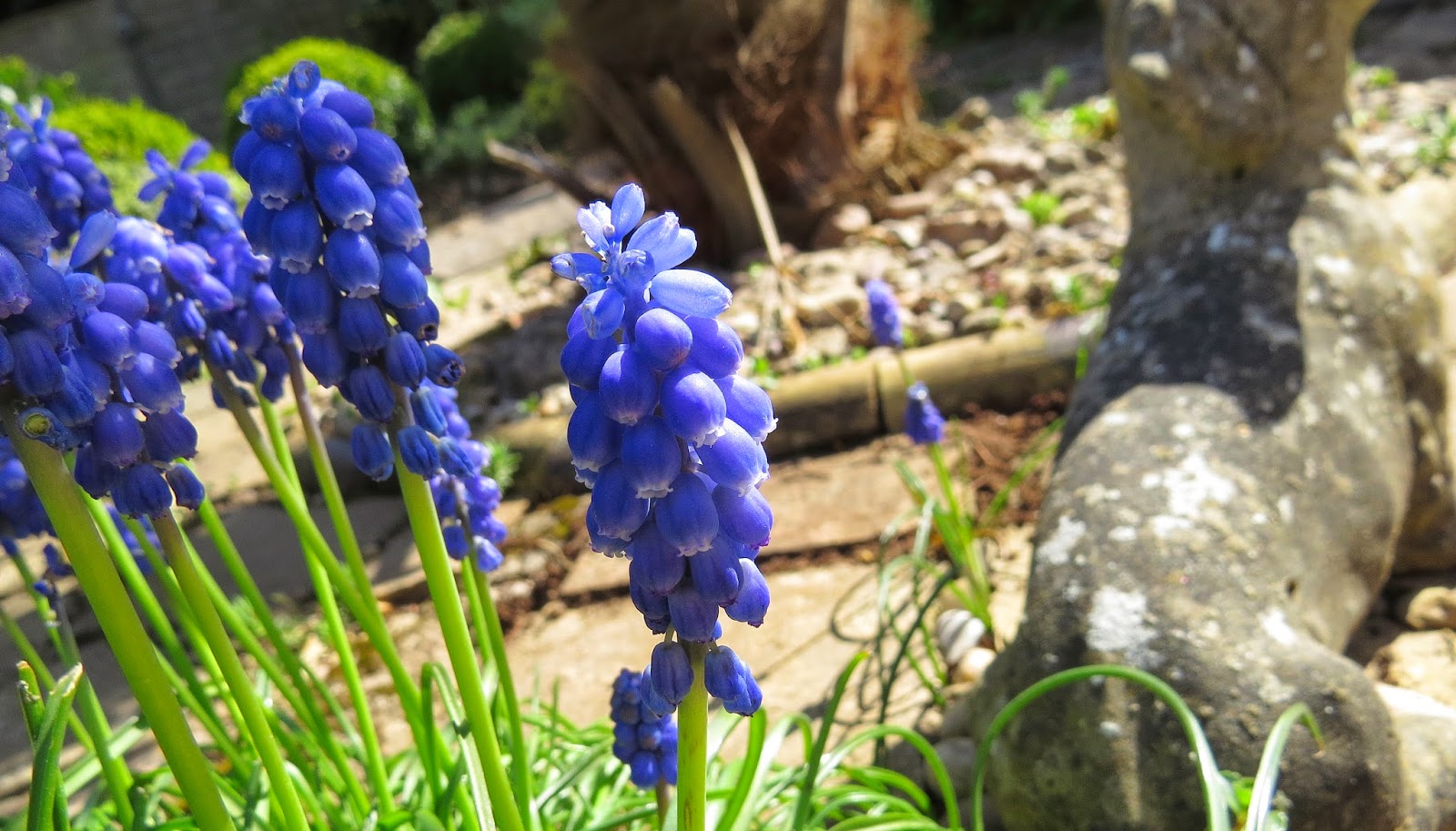 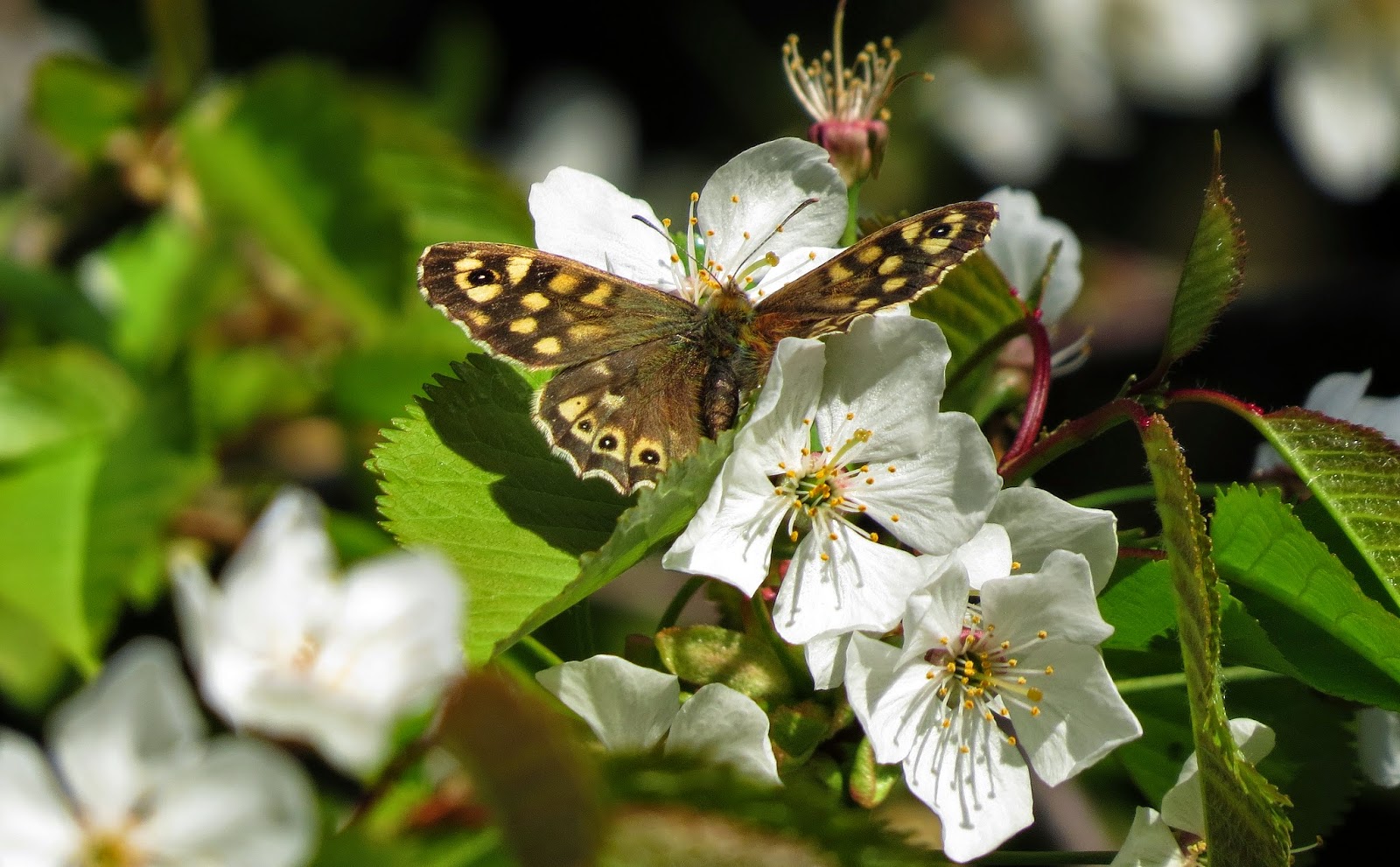 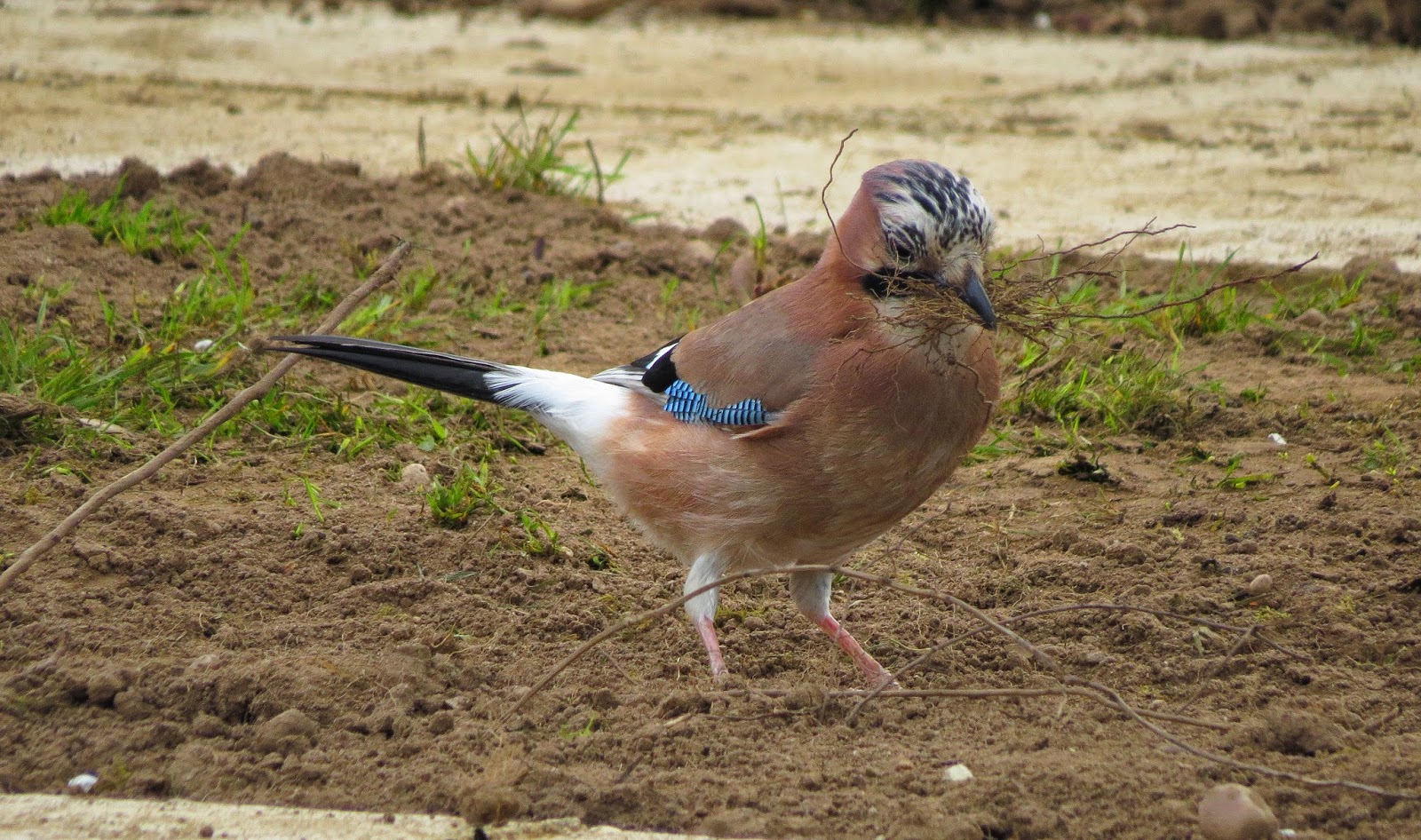 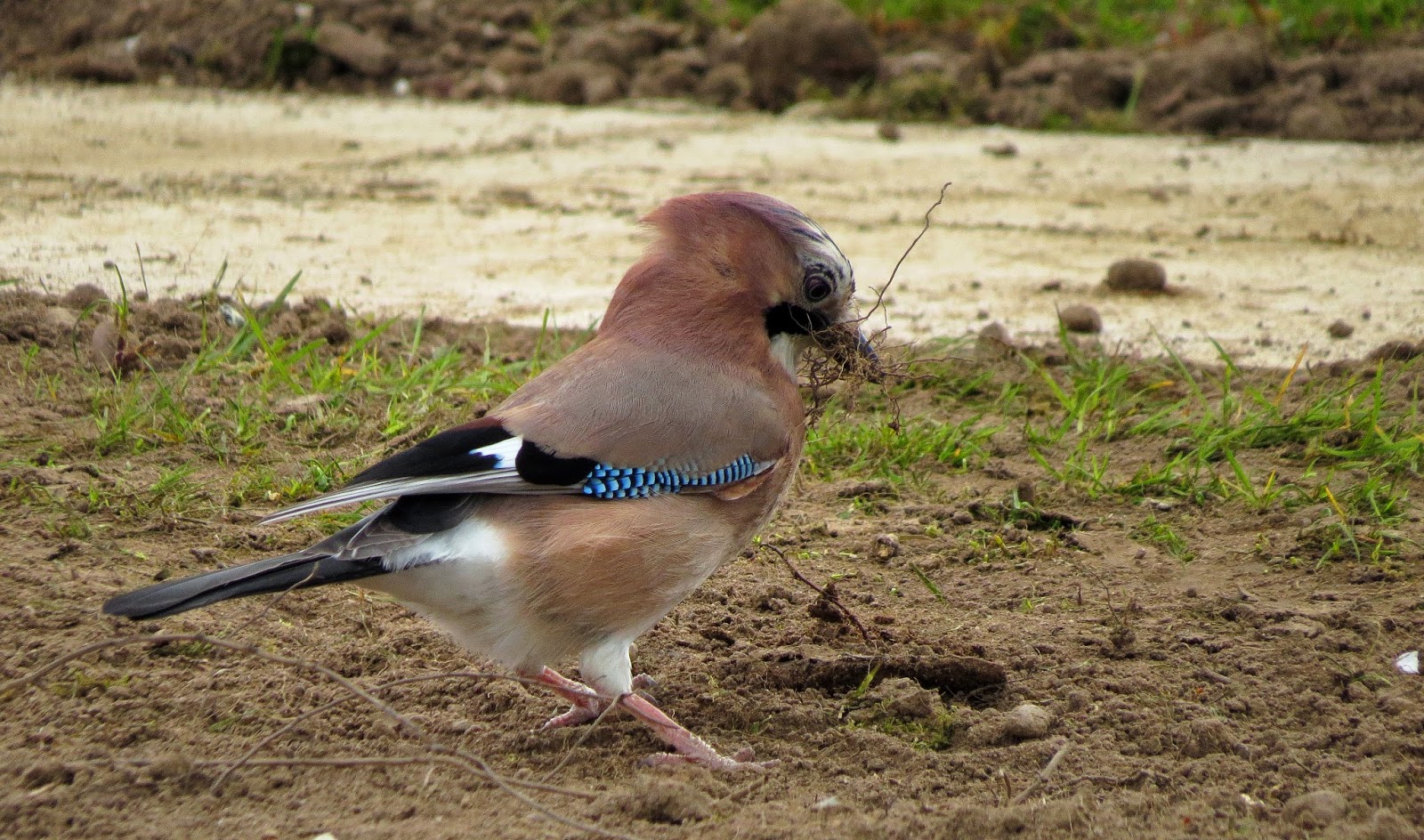 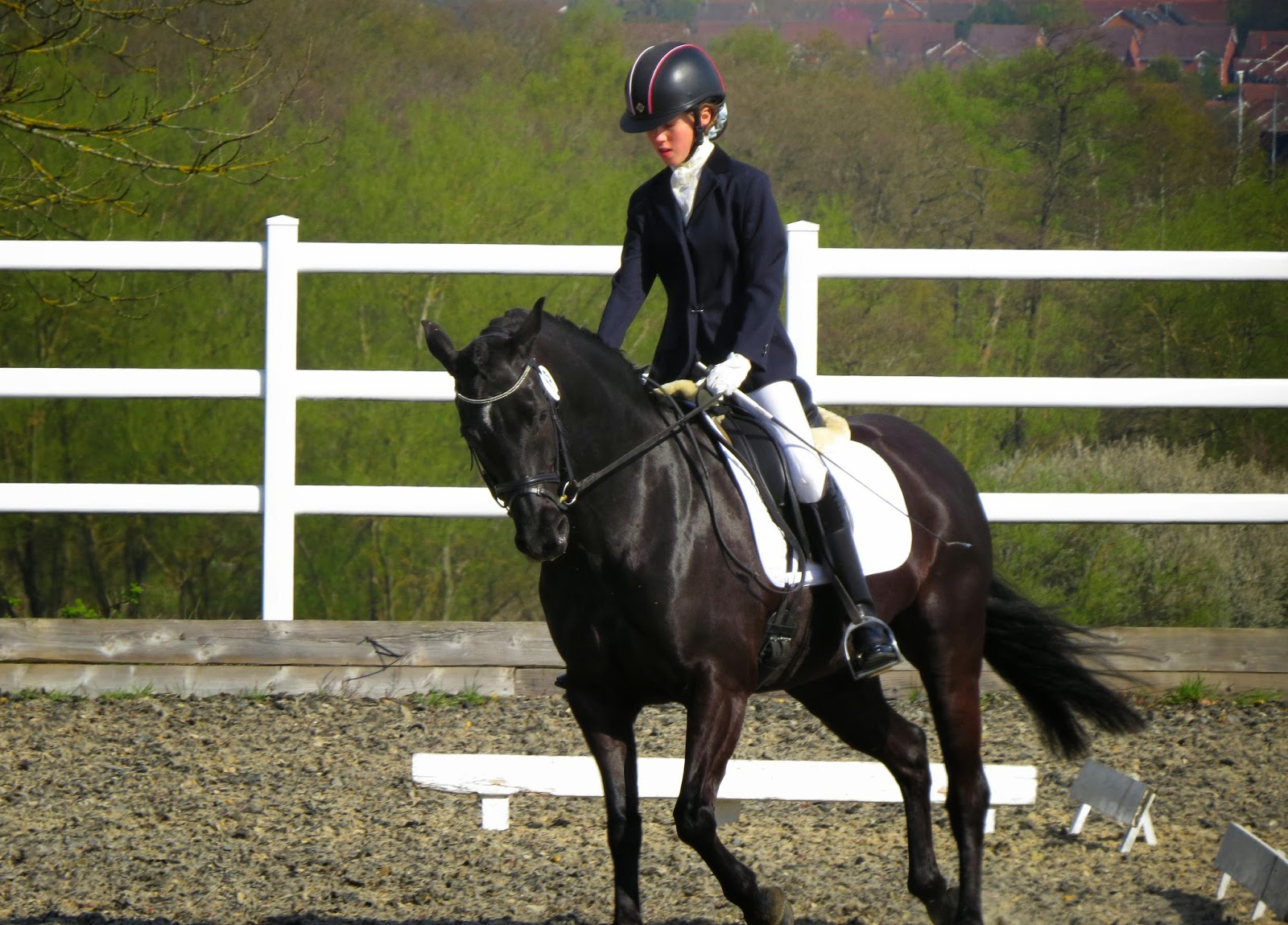 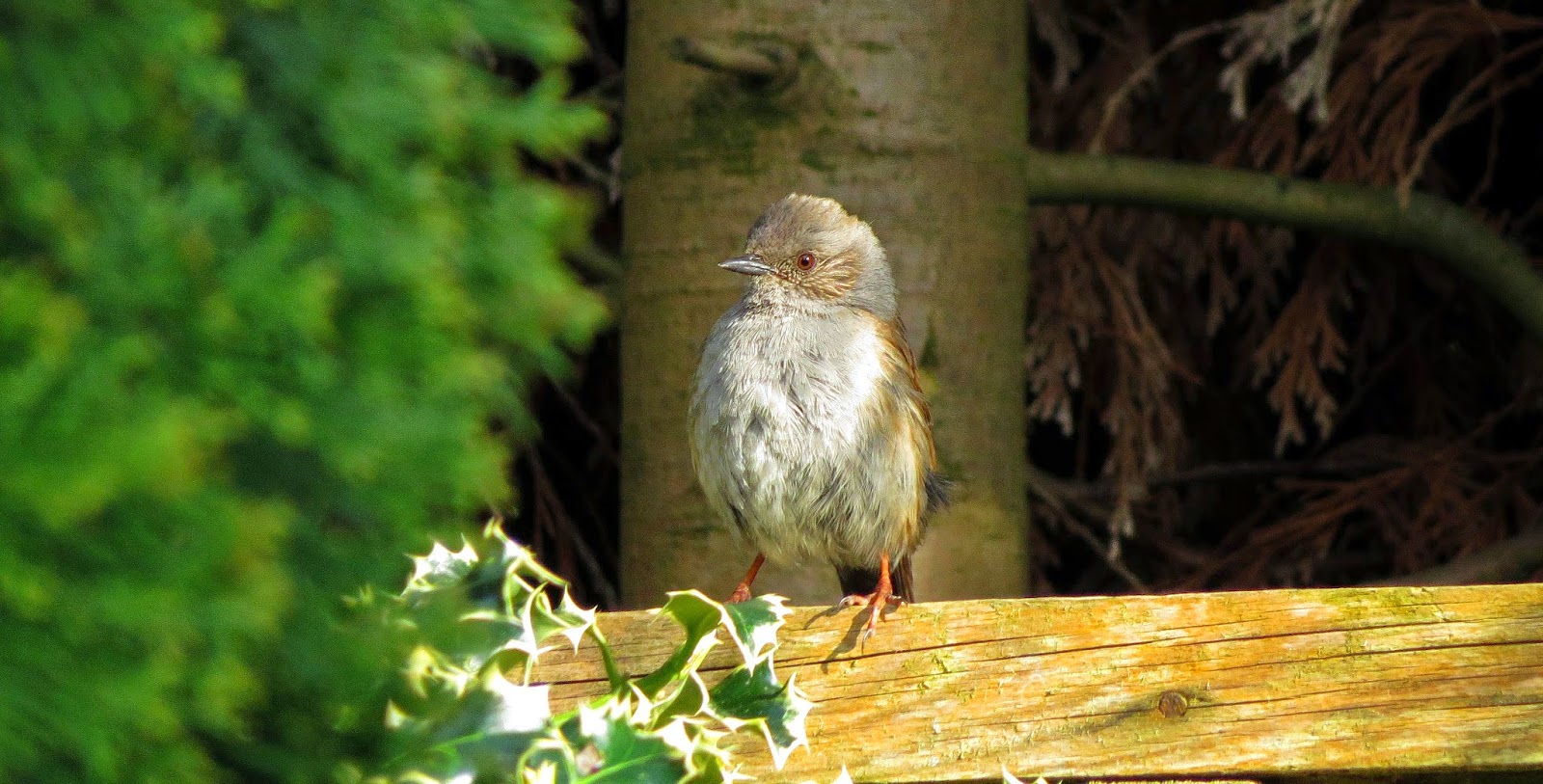 Posted by Max Silverman at 01:55 4 comments: Links to this post