A WADER AT MARSH LANE.

Went down to Marsh Lane again this morning braving the early morning frost.It was cold but sunny and as happens when conditions are great for taking pics there was nothing new or interesting to point the camera at.

The morning was saved by my good friend John Hunt who found a Dunlin on the RW pool which showed quite well from the Oak hide. 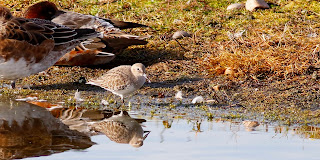 I tried for some flight shots but didn't do that good.

We got excited when the Dunlin landed on the little island which is much closer to the hide but each time a Lapwing chased it off.

The only other bit of excitement this morning was when the Beast flew in low over the wood.First time I'd seen it for a few months now.

Posted by Max Silverman at 07:15 No comments: Links to this post

A COUPLE OF VISITS TO THE LOCAL PATCH.

Not been out with the camera lately mainly due to doing work on my own garden but also helping with someone else's as well.This unsurprisingly produced even more aches and pains than usual.That and some poor weather totally unacceptable to a Fairweather Birder has kept me away.

Did pop down to Marsh Lane last Monday week in rather poor weather.Did see my first Common Gull this winter though on the CP pool

Went down there again this morning in excellent weather.Soon found out the CP pool was out of action as a party of contractors/volunteers were working on one of the islands laying down a Tern Scrape.This upset all the Geese and very large flocks were flying around most of the morning. 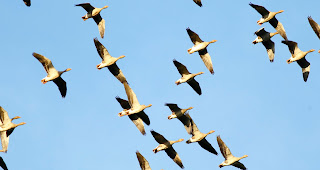 The newly worked on marsh to the right of the oak hide is already producing results.This morning there were at least 6 Common Snipe there and several ducks but best for me was finding a Kingfisher fishing there.At first it was right down the far end.

It did get a bit closer.

Then very briefly it came pretty close and posed for a couple of shots.

It was in the marsh area for at least half an hour catching a few fish.I had several attempts at flight shots but ended up with loads of crappographs.This shot is my best.

After that bit of excitement I finally got a glimpse of the Tawny Owl.It's well off the beaten track in a gloomy well hidden spot so seeing it is very hard and to get any shot at all is almost impossible.

STILL STRUGGLING TO GET ANY SHOTS.

I'm having a bad run with the camera lately.I have been out and about locally several times since my last blog but have had no luck at all finding even a half decent bird to point the camera at.It seems a long time since the heady days of the Greenshank and Little Stint at Marsh Lane.

Went over to my local patch Marsh Lane again this morning and although it was a very pleasant morning my poor run of form continued.The most interesting thing I came across was when I entered the oak hide and saw that the marsh to the right of the hide had had a much needed overhaul. 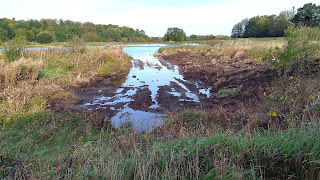 I had a very pleasant walk round in the morning sunshine but the only shots I managed were these.Oh Dear ! !

I could hear a Cetti's Warbler calling out in a nearby bush but in 10 minutes all I got was a couple of quick glimpses.A Kestrel being chased flew past me but I was far too slow and only got a couple of shots.

Posted by Max Silverman at 06:45 No comments: Links to this post