Off to Marsh Lane in freezing weather.

Even with the temperature still only at -3C I layered up on Thursday morning and paid a visit to Marsh Lane.I got there just before 10.00 AM to find it sunny but bitterly cold.

There were loads of Reed Buntings and Yellowhammers on the fencing as I headed to the Car Park hide but not surprisingly I found the water frozen with nothing showing.

As I headed to the Oak hide I met up with Tony the only other birder foolish to venture out in these conditions.There was frost showing on the inside of the Oak hide so as expected the Railway Pool was frozen except for a small area near the gravel bar.The marsh area had some open water and several Common Snipe were enjoying themselves there. 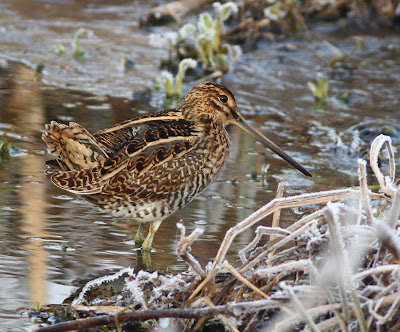 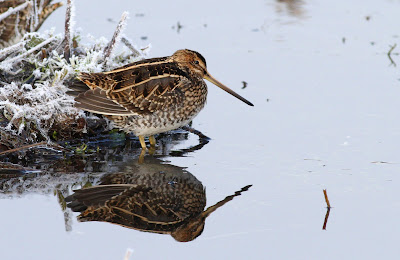 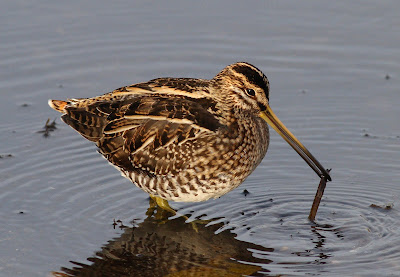 A big bonus was when a Water Rail made a very brief appearance before scuttling off back into the reeds.First one I'd seen for ages. 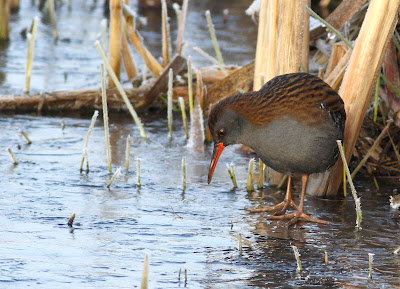 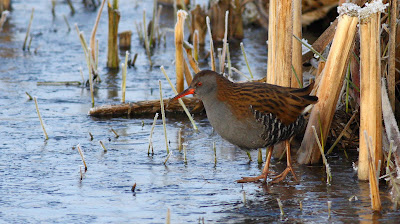 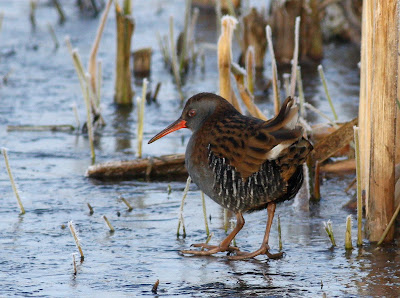 Tony had spotted a Jack Snipe in the marsh but was well hidden and unwilling to move. 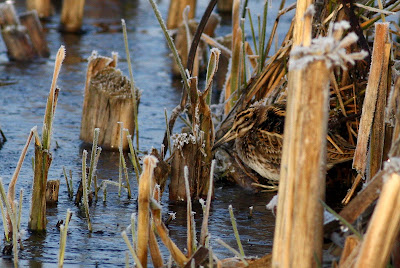 After nearly an hour waiting the Jack Snipe showed some signs of moving but one of the gang Moorhen thugs that had turned up chased it off and all I got was a shot of it being scared off and scurrying off into the undergrowth. 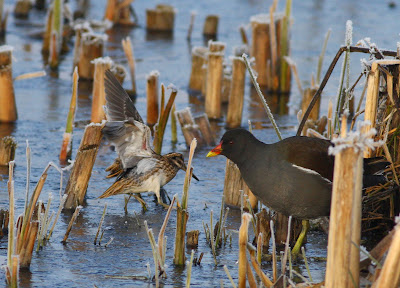 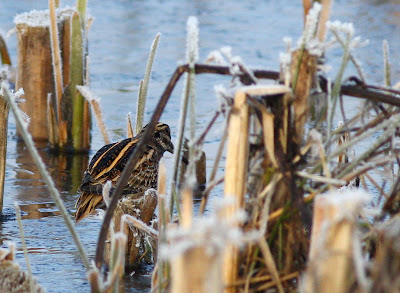 On the way back to the car park on the causeway I had a go at getting some seasonal shots. 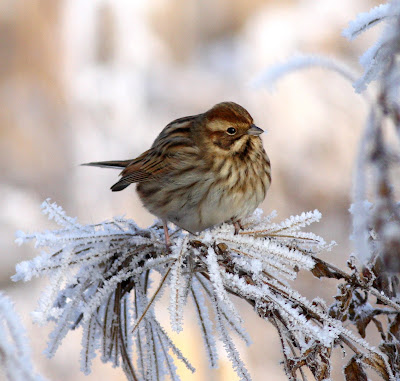 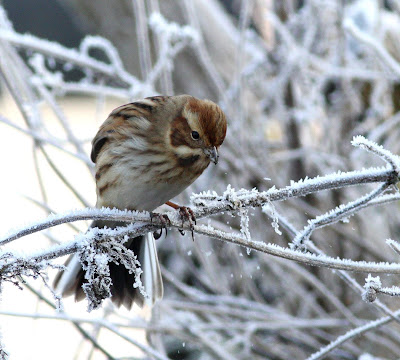 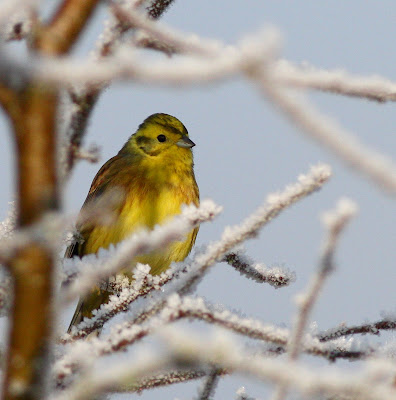 As I headed back to the car park I met up with John Oates who told me about his recent trip to Suffolk to get the Hornemanns Redpoll which I didn't realise was such a rarity in England.By this time with the sun having disappeared my thermals had been penetrated  and I was very cold but managed to get a crappograph of one of the Bramblings that John had spotted amongst the huge mixed flock on the crop field. 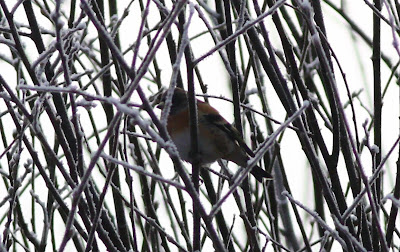