By Thursday lunchtime I was so fed up staying in I decided to be brave the conditions and venture out with the camera.I played pretty safe and drove the couple of miles to Brueton Park where although the car park resembled an Arctic glacier the water was surprisingly clear of ice and the paths passable with care.

As I walked towards the lower bridge I noticed a film crew but instead of a shooting a rare bird as I hoped they were making an advert.My hopes of them asking me to join in as I got closer were soon dashed when a fierce looking woman said "Do you mind".

The visit was a dead loss on the birding front as I saw nothing remotely interesting.Whilst in the small reserve area waiting for something to land on the feeders a large dollop of snow on a branch I was standing under crashed down on me,my bins and my camera.Wonderful !!!!!!

As I left I spotted these two chaps who fooled me a few years ago and fooled a friend quite recently.To my knowledge they have been around for a few years now. 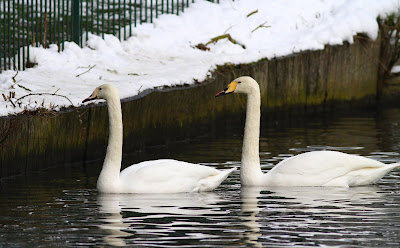 The back garden continues to be good but although I've tried I've failed to get any more fighting Fieldfare shots. 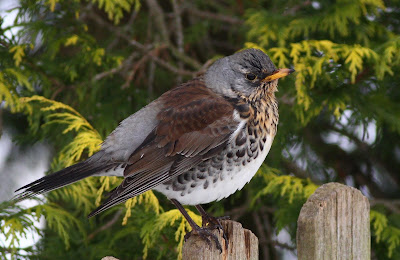 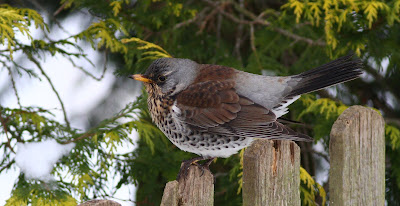