A half decent day at Brandon Marsh.

Got up Thursday morning to see it was looking like being a nice day so a bit reluctantly I headed over to Brandon Marsh.I was reluctant because I'd done poorly there on recent visits but I need not have worried because it was quite a decent day with the camera as it turned out.
First I'd like to post an update on the poor looking Manx Shearwater I relocated at Hatton locks on Wednesday afternoon.I'd like to think it was this blog and a couple of texts I sent that had something to do with the fact it was taken into care on Wednesday evening.
Back to the Brandon visit which started well even before I had driven through the main gate because I spotted a Wheatear on the grass to the right just before the gate.I was pleased to get some shots because the ones at Draycote had given me the run around recently. 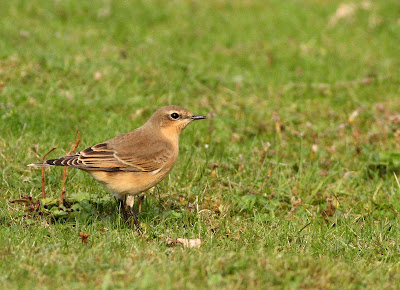 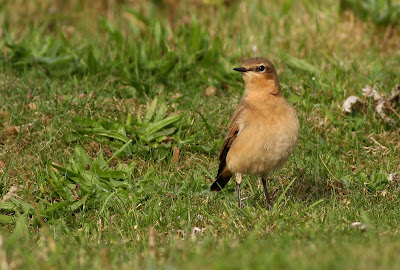 I then headed for the Steetly hide and found it empty but my luck held and after a couple of Green Sandpipers paid a visit a KF turned up and put on a show for 20 minutes.It did a lot of hovering but I'm blowed I could focus on it so I had to settle on a couple of perched shots. 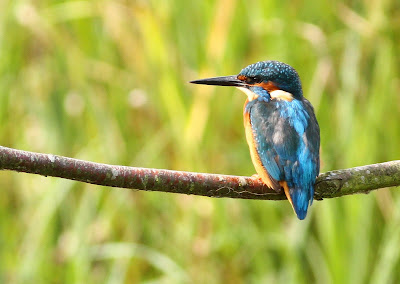 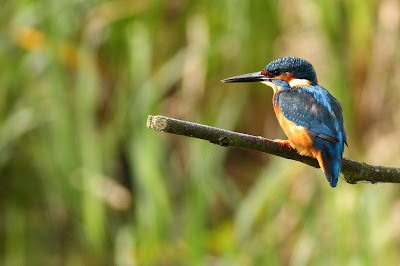 I then walked the jungle path to the River pool hide which also was empty.Nothing interesting there except a juvenile Reed Warbler showed briefly in the reeds. 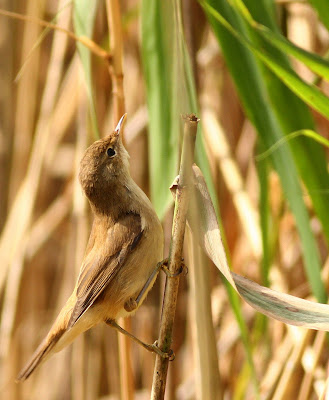 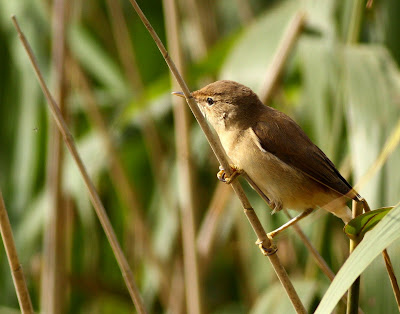 Visits to the East Marsh,Teal pool and Carlton hides were a waste of time with nothing about remotely interesting.All these hides were empty.Were people avoiding me ? I did have some fun on the main path between the Carton and EM hides when I had a battle with a couple of Goldcrests trying to get some shots but failing badly.
I then headed for the cafe for a cup of tea and a chat with the pretty waitress.Inside the cafe I met up with Keith Yates and he told me there were upto 3 Wheatears and 2 Whinchats around one of which had been seen not long ago in the scrubland to the north of the coach park.
Dragging myself away from the pretty waitress I thought I'd have a go for the Whinchat particularly as it would be a Warks year tick for me.After half an hour I located it about 75 metres in the middle of the scrubland and the miserable so and so never moved any nearer in the next hour.The best of my shots are so bad that they cannot even be labelled as crappographs.Please don't laugh too loud. 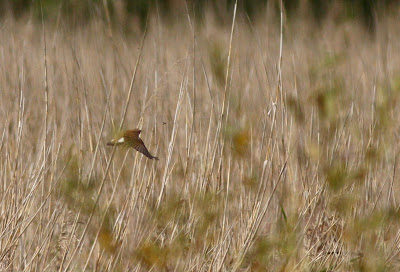 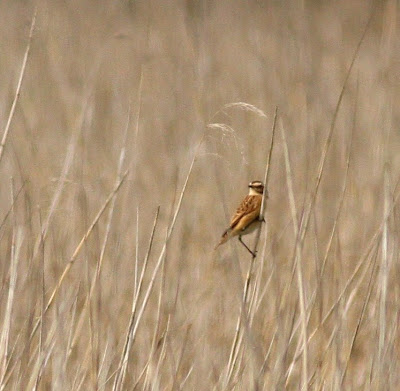 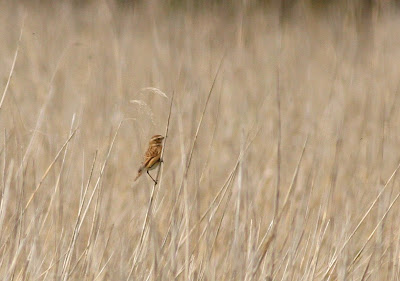 Ahoy Max! Well done on the Wheatear and Whinchat! Enjoyed our cuppa together. However, you really must stop perving after pretty Aysha :)

A good day then Max! I'm surprised that you haven't got a picture of the waitress on here! Nice images again.

Cheers chaps.A photo of the waitress what a good idea.Often lately she has been the only decent thing to see down at Brandon.