An encounter with a Common Buzzard.

Wearing my fair weather birder's hat because it was so cold on Tuesday I went out in the car to see what I could find in the local area rather than walking round a local patch and risking getting frostbite.

I headed out to a field at Meer End where I had seen a largish flock of Redwings and Fieldfares  when I drove past last Saturday.However as I drove into pub car park which is adjacent to the field I saw a Common Buzzard not that far away sitting on a timber fencing rail.Although I've got some half decent shots of these chaps in flight my collection of perched shots can only be described as grim because they always fly off before I can get a shot off.

I drove a few metres to get out the way and when I looked for the bird I was surprised to see it still there.Raised the camera (still there), focussed (still there),took some shots (still there).Now that I'd managed a few shots I was worried that it was either dead or a stuffed bird put out by the farmer but it wasn't and I'd at long last got some Common Buzzard perched shots. 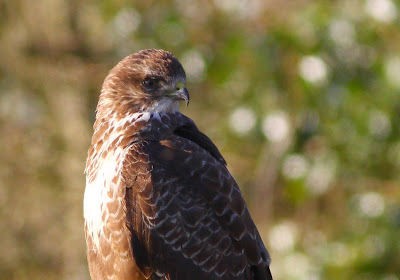 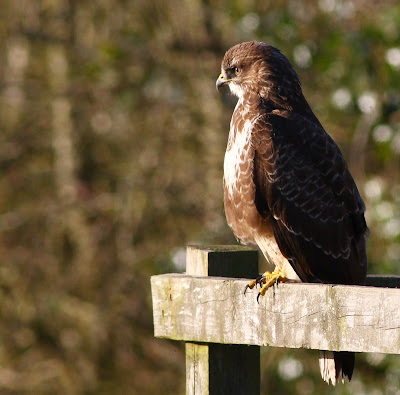 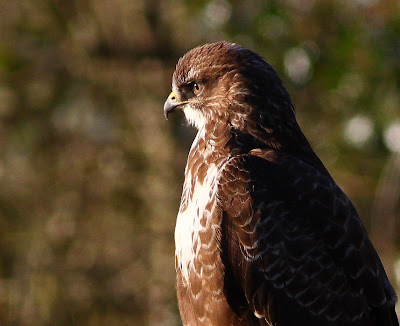 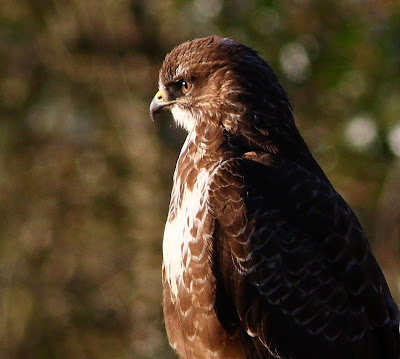 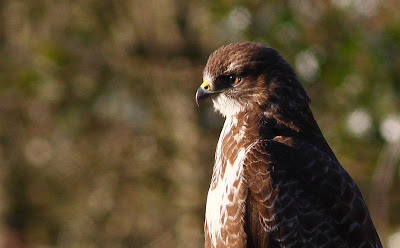 There were a few Redwings and Fieldfares in the field but they were not close and the light was very poor.